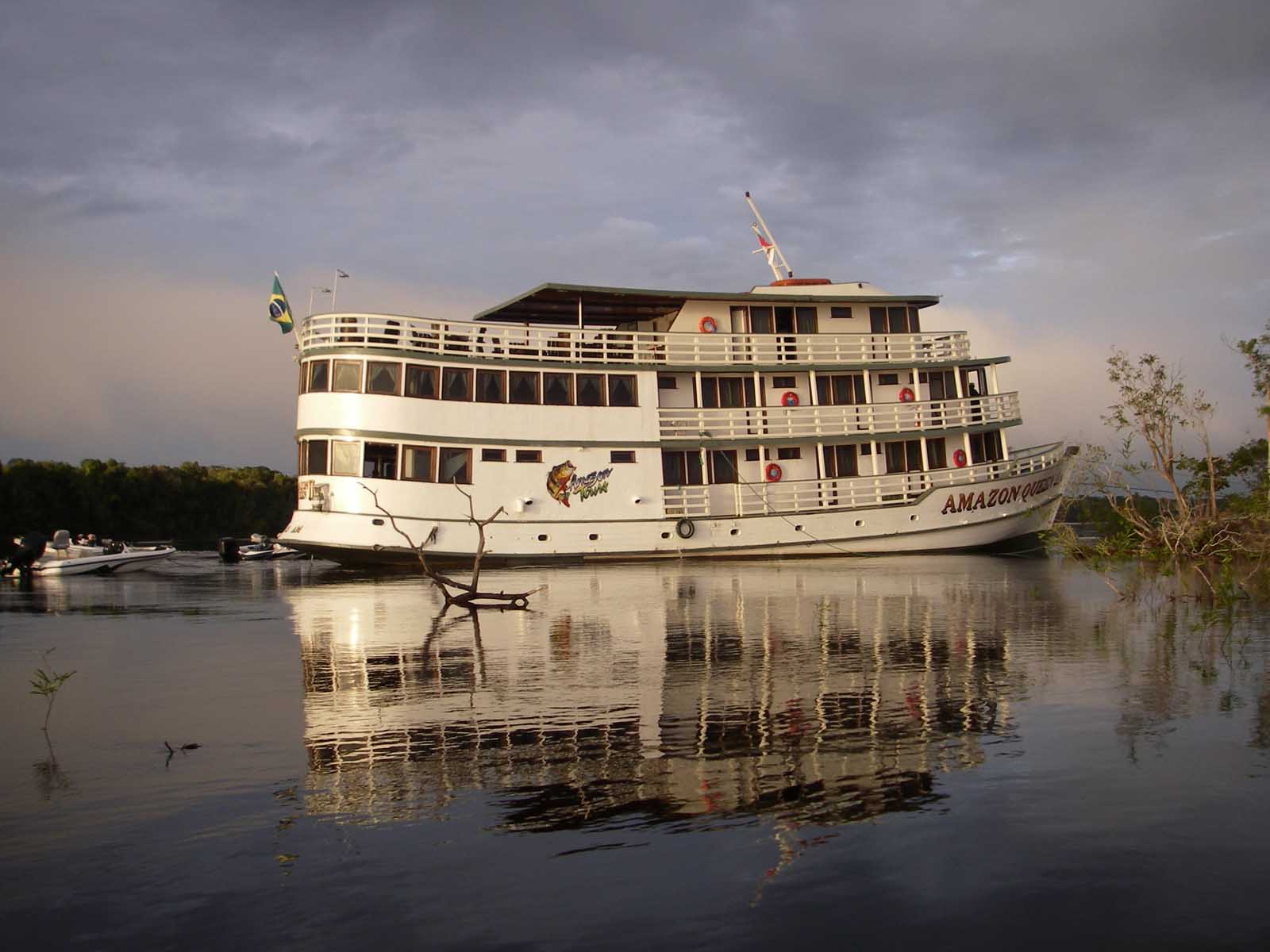 You’ve read in this column for many years the stories of fishing on the Amazon River of Brazil. This is the story of a legend, my close friend and lodge owner, Phil Marsteller, a true force of nature.

I first met Phil at a Safari Club International (SCI) convention while working as an outdoor columnist for a Las Vegas area newspaper, the Pahrump Valley Times. He invited me to fish with him at his Rio Negro Lodge in Brazil’s Amazon. We got to know each other a bit better and it resulted in my writing articles about this remarkable adventure (Ron Cross Explores the Amazon at Phil Marstellers Rio Negro Lodge, Return to the Amazon).

The following year we met again at the SCI Convention and he expressed that he enjoyed my article and others I had written. We then made arrangements for another interview at which time he told me about some of his history and adventures. I was amazed and told him he should write a book. He then totally surprised me, while sitting across the table in the press room, by saying, “Dan, I want you to write my book.” Stammering, I told him I had never written a book, but was flattered and would think about it.

By the end of the convention I told him I was interested and agreed to visit him at his home in Texas, where I met some of his friends and colleagues. They shared even more of his exciting and dramatic adventures. That is when I decided to hitch my horse to his wagon, and to this day new stories and revelations keep coming.

Born in the U.S., Phil was raised from childhood in the Amazon region of Brazil by missionary parent. His father was piloting a Norseman aircraft for the Wycliffe Missionary group, supporting the missionaries that were translating the Bible into the various native languages.

Phil’s story begins with his early childhood friends, the native children, who learned from him to use a cane fishing pole and in return taught him many of their ways of fishing and their way of life.

He eventually returned to the states for college, but lost interest in the academic life and missed his childhood freedom.

Still seeking adventure he joined the U.S. Army, successfully completed the elite Special Forces training, and then went on to become a military helicopter pilot. He learned his craft well and delivered to the army one of the first Black Hawk attack helicopters.

His unique training, along with his fluency in Portuguese, Spanish, and English led to a career with Bell Helicopter, where he was charged with Central and South American sales. Through this position he became involved with governments, businesses and individuals from these countries.

Phil’s life is not without conflict, however, he learns of drug and child sex trafficking in the region. Because of his upbringing and love of the Amazon he was unable to ignore these events and brought them to the attention of the authorities and incurs the wrath of those involved (We’ll hear more of the details in a longer version of this article).

He decides it’s time for a change and returns at midlife to the Amazon and his childhood roots.
As he sits on the bank of an Amazon tributary with a long-time Brazilian childhood friend he remembers his happiest days, as a child guiding missionary visitors and friends for the exotic fish of the region. He dreams of starting a fish guiding service on the Rio Negro River, a major tributary of the Amazon, focusing on the ferocious, and legendary, Peacock Bass.

While visiting with another childhood family friend, Ruth Reis, he shares his dream and rekindles a friendship eventually leading to romance. She shared his dream; they fell in love and married. She became “his rock”, which enabled them to achieve their shared dream and thereby he renews his life.
They started with a fine riverboat, named the Amazon Queen and followed it with an even finer Amazon Queen II. With these they were able to grow their fishing adventure business. Being also a “force for Good” they were able to offer medical assistance to nearby villages.

Their success led to the building of a land based fishing resort, one of the most exclusive fishing resorts in the world, The Rio Negro Lodge. They continued their missionary vision of building a clinic and school to assist the people of the region.

As a life story, coming full circle, that would be interesting enough, but Phil isn’t finished yet. With his wife, Ruth, beside him they dreamt again of another fishing lodge on a tributary of the Amazon. This time on the river made famous by Theodore Roosevelt on his last great adventure, from which the President never fully recovered.

The river was “The River of Doubt” which had never been explored and its distance or course was unknown. It was a great and historic adventure that Roosevelt and others have chronicled, and which was later named, The Roosevelt River.

While visiting with Phil and Ruth at their new lodge on the Roosevelt River, I too had the dream of participating in this great new adventure and wrote about it (Return to the Amazon). Many hours were spent with them hearing of their adventures of survival, discoveries, romance and love with his soul mate, friend and wife, Ruth.

If this sounds like an outline for a book, it is and probably a hero movie too. We’ll see
Unfortunately, my hero and friend, Phil, won’t be reading of his exploits. Phil left us in a tragic tractor accident, July 10, 2022, on his farm in Tennessee as he was peacefully mowing his fields before preparing to return to their Amazon Lodge.

The world has lost a great man. May his spirit live on. Our brother is dead, long live our brother.
Ruth and the family will continue his dream and his legacy. Many of us will be there to help.