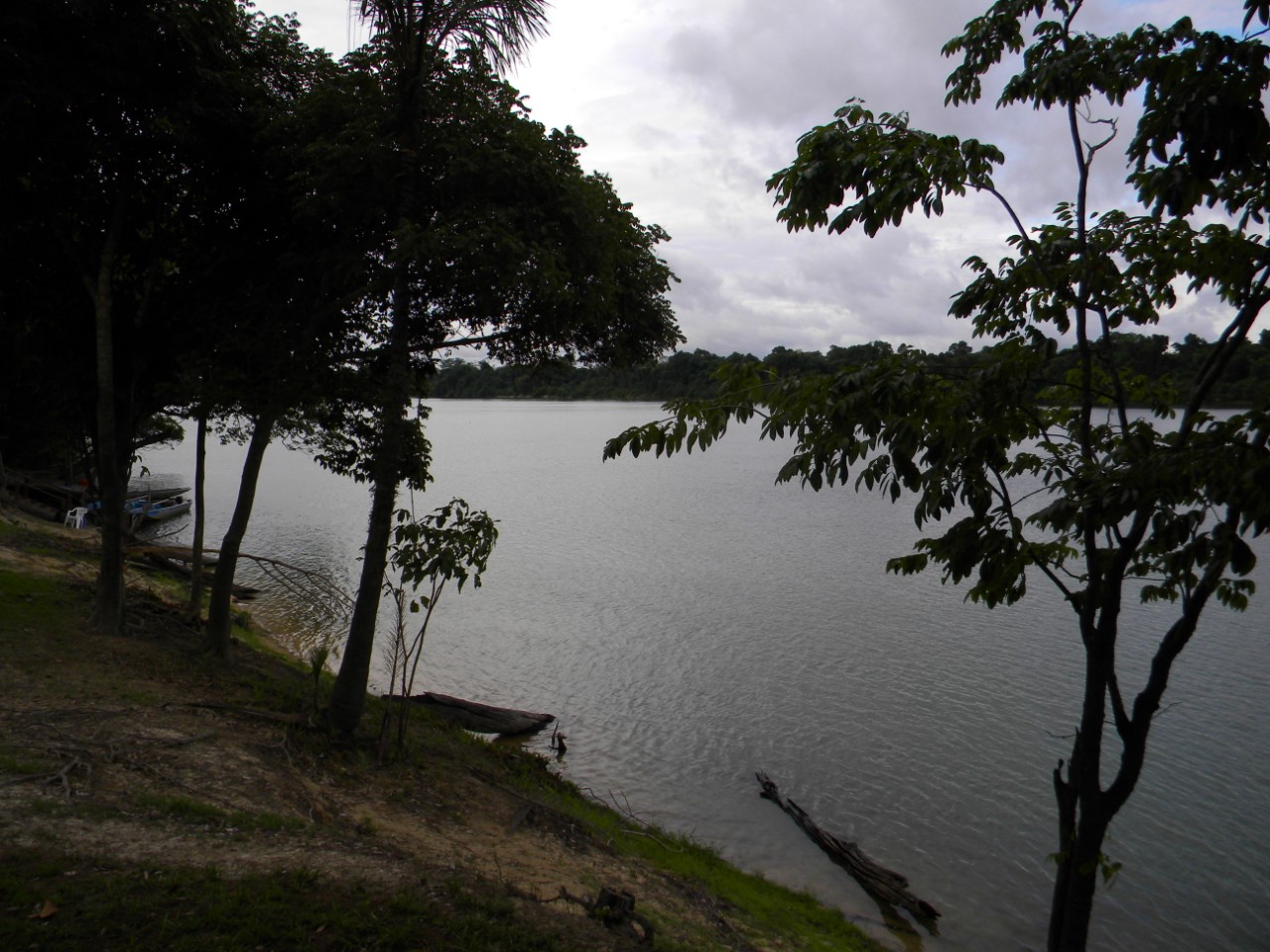 This all started when I received a call from my friend Phil Marsteller. He owned and operated Amazon Tours Lodge, which was the original and premium Peacock Bass fishing destination on the Amazon’s Rio Negro River.

Phil was asked to do an exploratory fishing expedition on a new river that had never been fished. As he explained more I realized, before he had given me the name, that it must be none other than the historic “Rio Roosevelt” which was formerly known as “The River of Doubt.”

I took two deep breaths, perhaps only one, and blurted out, “Yes, I’m in!”

This was the river of Roosevelt’s last adventure and one from which he never recovered and led to his death a few years after his return. His adventure was one of hardship, illness, starvation, and murder, but ultimately discovery and triumph.

Was I honored and excited to be invited on this fishing adventure? You bet, so I postponed a previously scheduled African Safari and started packing.

Also on this trip would be some of the world’s best fishermen and adventurers.   Doc Lawson, the holder of the current International Game Fish Association (IGFA) world record Peacock Bass at 27 pounds; Jim Wise, the holder of six IGFA records and a veteran of 57 fishing trips to South America; Terry Crofton who has fished South America 23 times; and Jon Lawson with many trips of his own. Robert Hopper, Jon’s brother-in-law, a first-time Amazon angler who ultimately caught the largest Peacock Bass and Payara on the trip and I rounded out this six-person exploratory trip. It was with awe and anticipation that I put my pack together.

After a comfortable flight from Miami, we were met in Manaus, Brazil by Phil. He had arranged for our connecting flight to Porto Velho where we had dinner and a comfortable hotel. The next morning it was a Cessna six-passenger plane to a dirt airstrip, then on bass boats to our excellent accommodation on the banks of the Rio Roosevelt. The adventure had begun.

The next morning we moved up the river in a convoy of three bass boats, dodging rocks and eddies indicating underwater obstructions and modest rapids. I could feel the isolation and purity of this tributary of the great Amazon River. Our guides knew of an area with currents with lots of shore cover near a deep hole where we could possibly find Peacock Bass and the main target of the day, Payara, the great fish with two long fang-like teeth, which I had only seen on TV as “River Monsters.”

We drifted near a swirling eddy and cast into a deep hole to an immediate hit. I didn’t know what it was, but it fought like a fifty-pound King Salmon (which I did know). It dove deep and made runs with spray coming off my eighty-pound braided line as my reel screamed; as I brought it closer to the boat it made another dive and run, but was hooked solid on the large 6/0 circle hook.

When first color was seen it was a huge silver-colored fish with the shape of a Striper, which I also knew, but as it came to surface it was certainly nothing I had ever seen before. Two large fang-like teeth protruded from its lower jaw and the other teeth were equally menacing.  This was clearly not something to be brought aboard by grabbing its lower jaw as you would with a Largemouth Bass. It was the Payara we were seeking and we soon brought several more to the boat, even double and triple hookups.  It was a good morning, to say the least.

My next fish fought differently, it dove for and hugged the bottom. As it was brought closer to the surface it would dive again, taking line at will as it was retrieved. This was not a Payara and felt more like a large Halibut, which I also know well from my northern life. What came to surface, however, was clearly a large catfish with extremely long whisker-like barbels. This strange creature had a dorsal fin that resembled a shark’s and bright red lips.

I caught several more catfish, each different, some with the spots of a leopard and others the stripes of a tiger and sharp teeth to match. It seems the saying, “All things in the Amazon bite, sting or impale you” seems to be true.

Next, we were in search of the legendary Amazon Peacock Bass. Known as the most ferocious fighting fish, it strikes a surface lure with what seems like raging anger and runs with such quickness and speed that it has been known to rip rods from your hands and then breaks water, often throwing the hook while smashing back to the surface, leaving only a huge loud splash and a disappointed angler.

For the next nine days, it was more Payara, dozens of Peacock Bass to fifteen pounds, Pacu and yes large Piranha which devoured anything we offered as bait with their razor teeth. We even hooked Cayman, locally called alligators, up to four feet long. Yep, the fishing was good, extraordinarily good, uniquely good. This river had it all.

My favorite, however, were the strange catfish and this earned me the river name of “Catfish Dan.” There are many reports of catfish weighing hundreds of pounds; I didn’t find one of these, but I’ll keep trying. My ten to twenty-pound-cats were caught incidentally while fishing for Payara and Peacocks. This turned out to be a fisherman’s paradise.

We not only fished in the wake of Roosevelt but walked in the tracks of Jaguar, a truly remote region where we encountered Capybara, Tapir, and diminutive deer.  The forest was thick with long hanging rope-like vines and the calls of monkeys all around.   Ripe Papaya and Brazil nuts were abundant as were several other fruits which I could not identify but was told they were delicious in season.

On one of these shore walks, we found one of Roosevelt’s campsites with one-hundred-year-old broken blown glass artifacts, which we did not disturb. On one of my alone return trips I even had the chance to visit with Teddy at a clearing overlooking the river.  He said, “What am I doing here, with mosquito, humidity, man-eating fish, starvation and death? I just want to go home” (true if not factual). Many of us have said the same thing on an extremely tough hunt or when the weather turns bad on great waters, but this exploratory fishing expedition was much different, with excellent accommodation, gourmet meals, and well-outfitted bass boats.

This exploratory fishing trip was a total success with even Arapaima, among the largest fresh-water fish in the world, being caught on a side trip. This was the only adventure I’ve been on that rivaled an African Safari.

We speculated on what Phil would decide regard opening a lodge and we just recently learned.   Phil’s decision is to open a new lodge, “The Lost River Lodge” on the banks of this dedicated and preserved section of the Rio Roosevelt with sole access to his guests. We all applaud his decision and are making plans for its first trips next spring. I’ll be there and perhaps even have another visit, or go fishing, with my new friend “Teddy.”

For more information on the Lost River Lodge email phillipmarsteller@yahoo.com or give him a call at 423-533-3019

The excellent “River of Doubt” book by Candice Millard tells the story of the Roosevelt Expedition and can be found on Amazon.com, or abundant research online at The River of Doubt and The Roosevelt River.

One of the interesting things about Brazil is its Portuguese influence. English and Spanish are rarely spoken and the country is proud of its European heritage. This recipe brings the influence of Portuguese cuisine to the fish of the region. If you don’t have exotic Peacock Bass available, you can substitute Payara, Piranha, or freshwater Barracuda; I prefer Payara. We’re talking firm white-meat fish here. Does cod or halibut sound more familiar?

Bright-colored clothing, lots of greenery, and a little Brazilian music in the background and you’ll imagine you’re there. Perhaps one day you will be.

Here’s Blondie’s recipe which would be welcomed in any lodge, or in your kitchen at home.