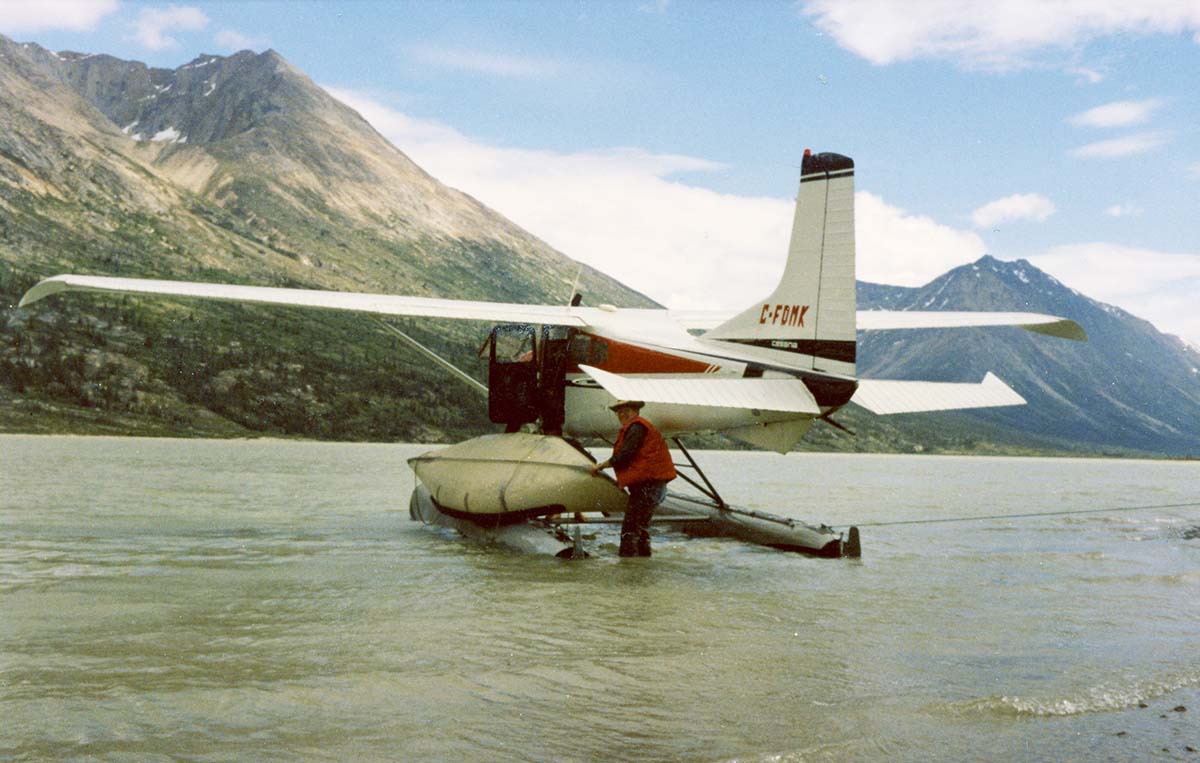 by Dan Simmons
–
If you’ve been reading this column for a while (18 years, it’s hard to believe) then you know I like to hunt, fish, and travel.

I have one “Pal” that’s been with me for more than thirty years.  A relationship like that, or any relationship for that matter, requires dependability, predictability, and responsibility.  My Pal is all of these.

It all started when I was a young man just out of the army and accepted a job in the isolated north of Canada as a game warden.  I needed a way of getting around on its many rivers and lakes, so I chose a Canadian to help.  You see, my Canadian Pal is a SportsPal canoe.  It weighs only forty pounds, is very stable with its relatively flat bottom and could be carried, or dragged, to access remote waters.  It could even be flown strapped to the pontoons of the ever-present Beaver float planes into even more isolated waters.  This is the story of that old canoe, but like many of us, it’s young at heart and still going strong.  It proved ideal.

The Canoe that Can

I first recognized that I was somewhat of a celebrity when making my annual visit to Canada this past summer.  The customs agent at the border asked Dan and me to pull over in the inspection area.  He called other agents over and I figured we were in for one of those real “thorough searches,” but he then said to Dan, “I don’t recognize you, but I do recognize your canoe.  It’s clearly been places, Eh?”   He remembered us from previous years and even knew I’ve had a recent paint job.  The agent and his friends gathered around and touched my beat-up exterior as they asked about my adventures, and I’ve had a few.  I have to admit, I’ve even saved Dan’s tail-end a couple of times.

We started on some pleasant and peaceful lakes in British Columbia’s interior.  While fishing the regions of the Caribou and Chilcotin I trained Dan and showed him what I could do.  There were many small lakes; it seems like they were all called “Fish Lake or Lost Lake”.  I was dependable, but he sure got our jeep stuck in the mud a lot and had to winch us out.  He even dumped us over in a couple of rivers, but I liked the water and watched as he got us back on dry land and the trail.

As Dan got more experience and gained respect for my abilities we went on greater waters, like the Maurice, Anaheim, Babine, and Atlin lakes.  Some of these got interesting when the wind came up a bit, but my internal flotation and stability made me secure, even if sometimes quite wet.  Dan learned to depend on me and I felt responsible for him, even though he’d like to think he was responsible for both of us.

We even made several salt water trips in the Canadian “Gulf of Alaska” near Prince Rupert, Kitkalta Island and the Queen Charlotte Islands, where we fished for salmon, halibut or just explored.  I liked that, even when we caught that halibut that appeared bigger than me and certainly weighed more.  I was glad I was able to get us to shore where it was landed.

That was almost as exciting as the time we were surrounded by a group of dolphins, or the time I took Dan to see a pod of killer whales (Orcas) and had them close enough to rub their skin with my aluminum bottom – that was exciting.

As Dan learned more about me, I took him on some interesting rivers too.  There was the quiet and peaceful Dease, where I helped him hunt moose.  I even carried the whole thing out of the wilderness area, cut up of course, and Dan was impressed with my strength.

Later it was more adventurous rivers like the Taku, Klappan, and Stikine of the far northern areas on the Yukon/Alaska borders where we hunted sheep, mountain goats, and caribou.  I liked these hunts the most as they were close to the rivers and less heavy for me to pack.

I also enjoyed the thrill and exhilaration of their occasional white water.  Dan liked it less, but I took good care of him and the fresh cold water bath was something he sometimes needed. The most exciting river was the Stikine, “the river that’s never been run,” but I knew better than to take him through the canyon and found us a nice place to pull out.

I know Dan has been with other canoes and talks of some on Brazil’s Amazon River, but I know he is loyal to me, as I am to him.  Who knows? Perhaps one day I’ll be able to run that mighty river too.

At home here in Nevada, I get him out as often as I can but miss the cold waters of the North.  I’ll be seeing my Custom agent friends this summer though, and while I may not be as young as when I first met Dan, I’m still young at heart, tough, dependable, predictable, and will be responsible for him for many years to come.

As in this story, one might find it necessary to prepare and share a hundred pounds of fresh Pacific Halibut.  Here’s one from my fishing pal, Dr. George Leaks.  He not only is a master of eye care, but has a good eye for the delicious.

Halibut with Hollandaise Sauce and Leeks

Place yolks, lemon juice, mustard, Tabasco, and seasonings in a food processor and whiz to combine.  Bring the butter to boil, and with the machine running, add the butter in a constant stream though the feed tube.  Process for about one minute until thick, then add leeks.

Coat each fillet with oil and season fish with salt and ground pepper to taste.  Preheat oven to 350 degrees.  Place Halibut steaks in a baking pan lightly coated with olive oil.  Bake approximately 45 minutes or until Halibut is moist but flaky.  When fish is done, remove from the pan and place on serving tray or directly to dinner plates.  Spoon Hollandaise sauce over fish. Serve right away.

Looking for an affordable adventure, adopt a canoe pal.  It will become a loyal friend, a keeper.  A good place to start is the SportsPal website at bwmarineproducts.com or at the Old Town Canoe Company website at www.OldTownCanoe.com

Another good place to start is at a local sporting goods dealer such as Bass Pro Shop, or on line.  Having a canoe experience will open a whole new exciting world to your adventures.

Contact me if you have any thoughts, or want to share pictures or a story of your hunting and fishing adventures.